How to Use the Number Bar like a Steno Fiend 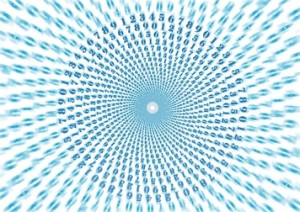 I don’t know what it is about people. They may talk smooth and slow while they’re carrying on a conversation, and then — WHAM! They hit a list of numbers and they’re rattling them off  like it’s nobody’s business. Umm…hello, I’m trying to take it down over here!


Now that I’m captioning, it’s even more important I write it accurately and FAST. I tend to have weak pinkies, so my ones and nines usually end up translating as # because I don’t hit the number bar hard enough. And when numbers are flying by me so fast, a separate stroke for each number really brings down my speed.


Now that it’s summertime, the weather has been particularly challenging when it comes to being accurate and fast. Most of the country has been experiencing 90 plus degree heat. Forecasters whip out temps pretty quickly. Because of my weak pinkie, it’s not unusual for my ninety plus temps to come up #6, #4, etc.


Last week, the subject of weather and numbers and an easy way to handle it came up in a Facebook group I belong to. One captioner shared an amazing number trick that has just blown me away. I wish I had learned this it school, because it would have made my career so much easier when it comes to the number bar. I’m going to (hopefully) explain this well enough to make it understandable. If you were lucky enough to learn this in school, consider yourself blessed.


I think we can all agree that certain numbers are easy to write in one stroke because they’re in chronological order on the steno keyboard. Numbers like 24, 13, 48, 39, and 18 are a snap to write because you can write them all at once.

How to Write Numbers Easily on the Steno Machine

Numbers like 76, 92, 84, and 99 are harder to write (and less efficient) because it requires two strokes. We all know that more strokes equal less speed when it comes to steno writing. It also opens you up to potentially hitting the wrong number. (writing 92 when it should be 93)

My friend’s trick makes writing numbers quicker and more accurate by being able to write two numbers in one stroke by adding short i to the outline to reverse or double the numbers.

Here’s an example to make it easy to add to your dictionary. 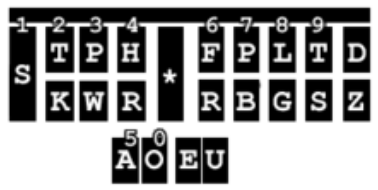 I know it looks like a lot to add, but I was able to add them in about 10 minutes. I started out using this method when the weathermen was speaking at a normal pace. It only took me about a week for it to become automatic. Now I can’t imagine going back to the old way of doing numbers. I’ve gained so much speed now writing numbers.

If you find me clear as mud, leave me a comment and I’ll try to clarify it better. This is such a great way to handle numbers, you should definitely give it a shot to see if it will work for you.