Boy, was I wrong.

I began working right after I graduated, and I had culture shock when I began reporting professionally. I had learned a lot in court reporting school, but nothing had compared me for some of the situations that I found myself those first few years out in the field.

What do you do when attorneys yell at each other and stomp out of the room? What the heck do I do with a certified question? I have to stay up all night to get this thing done by 9:00 a.m.?

Seriously, what would you do if you were only two weeks out of school and you got this lady? I don’t want to discourage anyone, but it took years before I finally felt halfway competent to be a reporter. School was easy. Learning everything there is to know about being a good reporter was hard.  At least my dog taught me a thing or two with how to deal with my new job. 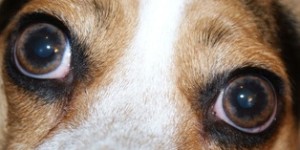 I gotta go get it!

When I was little I had a dog named Patches who would go nuts if he saw anything in stick
form. It could be a twig the size of a matchstick and he’d jump around and bark until you finally threw it. Granted, it didn’t go very far because it weighed, well, nothing. But it wasn’t the point. The point is I had a stick and he wanted it.

I learned the hard way that you have to be as eager as my childhood dog when it comes to being a successful reporter. When I was not long out of schooI I remember once telling my firm that I wanted the day off after they’d already assigned me a job because I wanted to do something different.

Big mistake! Needless to say, I got a lecture on professionalism in the reporting world.

So whether you’re a brand spanking new reporter fresh out of school or you’ve been in this career for years, it’s important to always be happy and willing to do any job you’re assigned.

If you’re a complainer or turn down half the jobs you’re assigned because you think they’re too hard, too easy, they don’t pay enough – or let’s be honest – you just plain don’t want to work, you’ll soon find yourself with no assignments whatsoever.

So be a good Patches. Beg for a stick and then chase down every stick you’re thrown. You’ll enjoy it when you get paid. 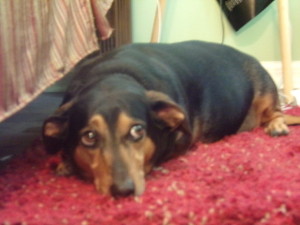 Let sleeping dogs lie. Or else.

Sometimes I really wish I had my dog’s life.

He’s always sleeping. Rambo will get up out of bed and eat his breakfast, just to then go back to bed. He stays there pretty much all day, getting up only for an occasional potty break.

I guess he’s conserving his energy. After all, you never know when our home is going to be attacked by invaders or he’ll have to fight off that plastic bag that’s blowing in the back yard.
Who am I kidding? He just wants to make it to the food bowl.

What Rambo’s doing is saving up his energy for later when it’s needed. So how does that relate to reporting?

Do what you can when you have the time, which leaves you the energy and ability to handle pressure later.

The best advice I ever got as a newbie reporter was, “stay on top of your transcripts!” As soon as you get lazy and complacent and think, oh, I”ll do it later, you’ll be swamped with backorders and expedites that’s impossible to finish in time. Guaranteed.

Yep, I learned this lesson the hard way, too. On a Monday, I got a little dinky order of like, 13 pages. I thought, no big deal, I can do that in no time. I’d rather do something fun. Well, I did that for three days in a row. No lie, In a matter of two days I had received about five rush backorders. And guess what happened? Instead of having a great time on my weekend, I had to work. Not cool.

No, we can’t make a living sleeping 23 hours a day (I wish!) but we can do what’s necessary now so we’ll be able to fight off the angry wolves (attorneys) when they want their transcripts ASAP.

I Love you Even When you Stuff me in the Trunk

I heard a great dog joke a few years ago. I think It’s so funny because it’s so true:

If you lock your dog and your wife in the trunk of your car for three hours, only your dog will be happy to see you when you let them both out.

There’s something to be said for loyalty.  It’s easy to run down your firm when things don’t seem to be going right.

But they give all the good jobs to everyone else you say? They don’t argue with Jane when she wants to take off for the fourth time this week! It’s enough to make you want to drop them and go looking for greener pastures across town to XYZ reporting agency.

I can honestly say I’ve never had too much problem with this, but I know a lot of trash talking reporters. The way I look at it, that easy aid in execution depo that was only 15 minutes is a nice break in between my all day depos that churn out several hundred page transcripts.  You wanna give me the depo nobody wants because everyone considers them worthless? Send them on down to me, baby!

Yeah, sometimes there is favoritism that goes on in the workplace. But – news flash – it happens in every firm and every courthouse. It’s tempting to go looking for someplace where you think you’ll be appreciated. But you’ll get to be known as a reporter they’d rather not use because you hop from place to place and run your mouth about how bad all the other agencies treated you.

So you got a dinky Comp depo instead of the all-day med mal that has 10 attorneys on the case.

Big woo. Smile and write on.

Eventually your FO will let you out of the trunk. When they do, greet them with a lick and not with a divorce.

Court Reporting and the Rest of the World: It’s More Connected than you Think

Court reporting is so obscure. Most people have no clue what we do, and television and the movies don’t do much on the education front either.

But, like anything else, if you look for paralells in reporting and the mundane, you can find them and relate. Reporters learning from dogs? That doesn’t sound so far-fetched. Wait until you hear what I learned how to improve my awesome steno skills from my car!