Carpal Tunnel Treatment without Surgery…YES it is Possible!

The Non-Surgical Carpal Tunnel Treatment that Worked for Me

I may only be a few years shy of 40, but I’ve been downright rough on my poor hands.

I began piano lessons at the age of seven. I played the piano for my church for over 20 years. I’ve been a court reporter for 11 years. I like to write and paint. My hands have a lot of miles on them.

I admit it, I’m an overachiever and a perfectionist. By the time I reached my early teens, some days my practice sessions would last four or more hours. Me and my hands were young and invincible. We were going to change the world! I like to think I did in a way. At the age of 17, I became my church’s pianist, a position I hold to this day.

After going to college and working for a few years, I guess you could say I got itchy fingers. I began court reporting school when I was 25, and probably because of my 18 years of piano, I took to it like a duck takes to water. The ability to capture words out of the air and turn them into a written word was magical to me.  I graduated in less than two years.

I’ve been a freelance reporter ever since, about 11 years. Last year I got itchy fingers again and decided to begin making the switch to captioning. Since I live in Florida, I’d never gotten the RPR since it’s not required to work here. I decided the RPR would be my first step to becoming a captioner and signed up.

I’m cheap. I only wanted to take the RPR one time and I was determined to pass it all at once. Like the perfectionist and overachiever that I am, I practiced for hours on end most days beginning about a month before the test, even on top of my regular workload.

Everything was going great. I was gaining speed and accuracy. And then my world got turned upside down about two weeks before the test. During my marathon practice sessions, my left forearm had become sore but I had ignored it.

One Saturday night I thought I’d get in just a few extra minutes of practice. My arm was sore, yeah, but I thought it was okay. As I was sitting there, I felt something pop in my left forearm and then a freaky burning sensation radiated from it. My hand hurt like heck and I was scared out of my mind.  I could barely move my fingers. I thought I popped a tendon.

I’ve been seeing a chiropractor here in town since I was a teenager. I’ve seen him for just about every body part I’ve ever hurt, so I called him as soon as he opened the next day.

When he examined me and told me what he thought was wrong, I about cried. He told me I had carpal tunnel and it was pretty bad. My steno life flashed before my eyes. All I could see was surgery and no way to earn money, let alone take my test. 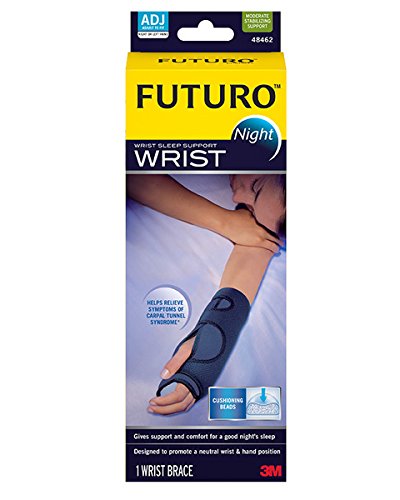 He calmed me down and told me it wasn’t the end of the world. He could make me better by test time if I did what he said. First, I had to start wearing a carpal tunnel splint brace every night. (I wasn’t thrilled with that, but I was desperate.) Then he explained to me that the muscles in my forearm were all balled up and was putting pressure on my nerves that run through my carpal tunnel in my left wrist. Once the muscles relaxed and he realigned my wrist, I’d be back to normal.

He popped my wrist to align the bones, did massage and TENS unit therapy three times a week. I also had to wear my carpal tunnel night splints every night for the next three months.
Honestly, I wasn’t thrilled with the brace idea. I put it on right as soon as I got it home from the store. It felt oddly comforting. So much so that I kept the brace on my left hand 24/7 for the first week. Heck, I’m still wearing it every night and it’s a year later.

Secondly, he told me that my forearm muscles need massage to help them stay relaxed. So twice a week I had carpal tunnel massage therapy. I cannot tell you how much it made my arms feel better.

When test day came two weeks later, I was 100% pain free and I passed it on the first try. Yay for me!

My first thought after this ordeal was, “well, then why do people have carpal tunnel release surgery then?”  I really asked my chiropractor that. He told me it’s because they just don’t know surgery won’t cure carpal tunnel.

I’ve had a few more bouts of extreme irritation to the nerves in my left arm. It’s usually after an all day job with speed talkers who took next to no breaks. Sometimes I have to go back to my chiropractor, but giving myself an arm massage or seeing a massage therapist to loosen up my forearm muscles and sleeping in my brace during flare-ups gets me back to normal in no time.

An Example of a Self-Massage for Carpal Tunnel you can Try:

*I’m not a doctor and I’m not giving medical advice. In our profession, our hands are our money maker. If we’re out of commission, we’re in trouble. I want to tell every reporter out there that this is are alternative avenues out there that are worth considering before taking the plunge and having carpal tunnel surgery. Please discuss your options with your physician to make an informed decision. 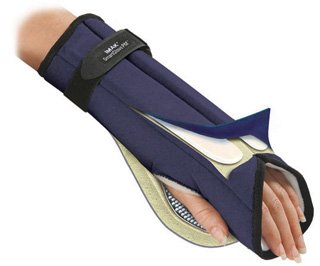 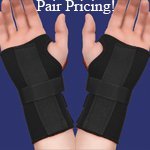 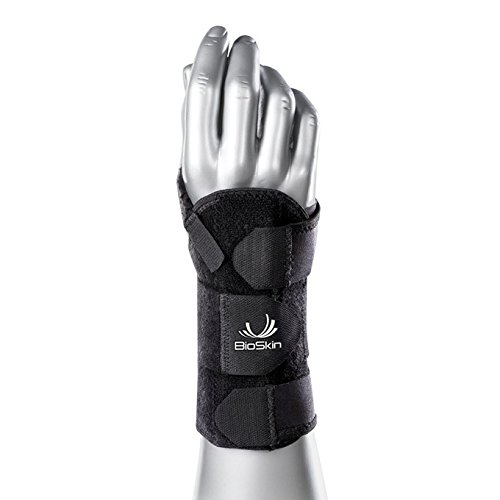 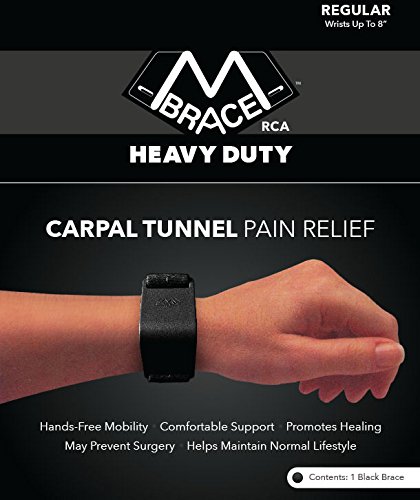